Official Coach Travel to and from Tottenham Hotspur Stadium.

Spurs take on Sheffield United in the Premier League. This is the last Premier League home game of the season. Book your coach seat with Tottenham Hotspur’s official transport supplier.

All fans that book an official matchday coach seat with Big Green Coach will also receive a FREE official Spurs matchday programme before the game. Programmes will be presented to fans as they arrive at our coach park and step off their coach.
***

Most seat prices have been reduced to offer an even lower cost seat to a Spurs game. 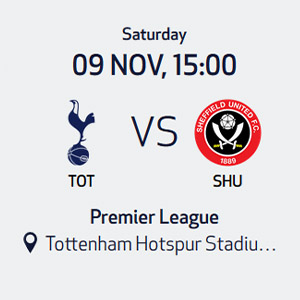